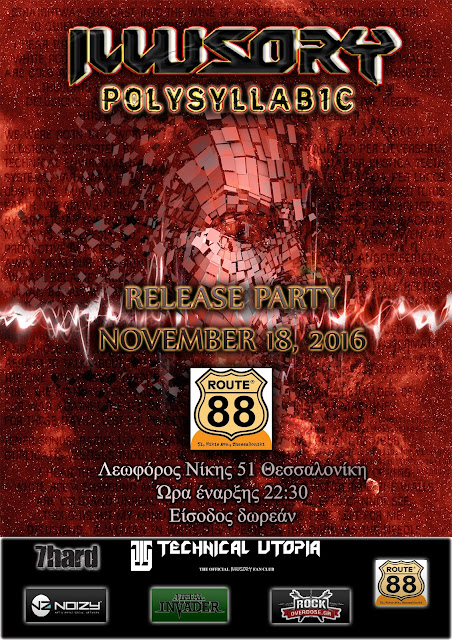 One release party is enough? No!
The boys will be in Thessaloniki to perform the first “Polysyllabic” show at Eightball Live Stage as part of Wreck Macedonia Fest 2016 on November 20. So, two days earlier – November 18 – they’ll have a second release party at Route88, Thessaloniki! Nikos Svarnias will be at the decks presenting the music of ILLUSORY’s sophomore album and more!
Merch, CDs and tickets for Wreck Macedonia Fest will be available at the party!

Mark the date and don’t forget to… Shine On!