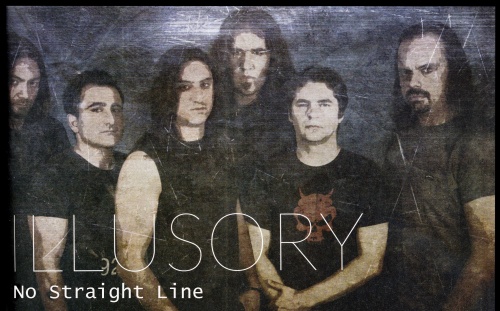 The LEGACY magazine interview with Dee, translated in English!

While other bands rise up steep within a few years, ILLUSORY took the time of 21 years to get their debut album done. “The Ivory Tower” will be released within the next few days. Band’s vocalist Dee Theodorou has answered our questions, just before the official album release.

Someone will hardly know the band under the name ILLUSORY, since until last year you were called The Ivory Tower.

Well, back in 1992, when I discovered the name “Ivory Tower”, I never thought that my band was going to last for life! After all those years with this specific name it was very hard for the band and especially for me to let it go but there was no other way. You see, back then I never thought of registering the name and that was just wrong; now I know… A couple of years after our formation another band released an album under the “Ivory Tower” name and that was it. So after all these years and with a label contract in our hands we simply had to change our name, we simply had to move on. ILLUSORY was an idea amongst other ideas for a new name, it was a suggestion from one of our guitarists, Dimitris, and it sounded as the best choice for us! ILLUSORY has almost the same meaning with the “Ivory Tower” with the same approach; it fits our shoes, our music style and even sounds like “Ivory”, at least it does to me!

Together with this name change, your debut “The Ivory Tower” is being released now. But the idea for this one was conceived many years ago.

Well, releasing an album with our own songs was always in our minds but in a strange way we never really got into it. We always used to play some of our originals in our gigs plus a lot of covers and I remember how we really enjoyed this. The feeling was always stronger when we were playing our songs. A lot of members got in and out of the band over the years and this was always a problem for setting our course right. Add academic studies and army service obligations to all that and you have the complete answer to your question. We were in hiatus for a few years but we never let go. In 2003 we decided that it was time to reboot, it was time to make our dreams come true! We started rehearsing, composing and hitting every stage in Athens. In 2006 we released a self financed promo album and we waited for the right time and the right label for an official release.

In 2008, still without any support by a record label, the band managed to open for the Blue Öyster Cult. The band later got in touch with “The Leaders Records”, who has become their manager as well as their label.

I remember reading in some internet magazine about a band contest for an opening act to Blue Öyster Cult, so I said to my band mates “Why not”? We filled the form, uploaded two of our promo tracks, “A Few Days Make Eternity” & “Pale Moonlight” and we waited for the result. We managed to get the desired votes and become one of the three bands that Eric Bloom had to listen to and choose for the supporting act. And that was us!

With “The Ivory Tower” in their hands, ILLUSORY has now the means to play more concerts in that format. But the Greeks didn’t approach the material with that claim.

The approach was simple, in the beginning at least; we wanted to make an album with the music we love! On the way we came up with the idea of a concept album, so we started writing the story and the lyrics about Steven. Actually I remember George, our guitarist, coming with the idea of the concept and the whole story almost completed. It was a challenge for us and I think this band loves challenges! Take the story, add some classic Heavy Metal music with Prog elements and there you go, you have “The Ivory Tower” result on your speakers. If there is something special about our album, I think only time will tell.

About the story, ILLUSORY don’t want to give away too much.

It’s about the life of this mysterious man, Steven Towers. If I told you more, I’d have to kill you! (laughs). Hammer (the art cover creator) was always by our side over the years and I really admire his work and his talent. The cover pretty much can tell you the whole story of Steven and there is a crystal clear connection with him and the rest of the cast…

Even if the release of the first album is imminent, ILLUSORY is already looking into the future.

Right now we are in the process of promoting our album, we are ready for every possible live gig and we have also started recording our next album.