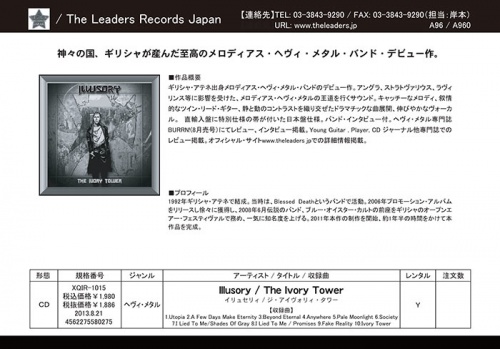 This special edition release will include a new cover artwork, the famous OBI and a Japanese interview!

In the picture you can see the release info as is being presented in Japan via our mainstream distributor BounDEE to all cd-stores including TOWER RECORDS, HMV and DISK UNION.