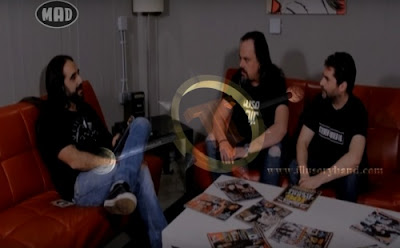 Between the hammer and the anvil, or else, between “Polysyllabic” and Wreck Athens Fest 2016 The band is finalizing their sophomore album, mixing and mastering is coming close to an end! Yet, rehearsing twice a week their set-list for the forthcoming Wreck Athens Fest live gig is not enough! Interviews are keep on coming! This time the band had the pleasure to answer a few questions to Hakos Pervanidis for TV WAR show hosted via MAD TV!

Click below to watch the video interview (only in Greek)