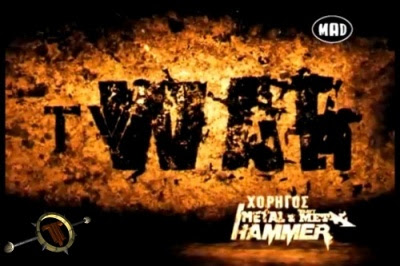 Strength is all that you need, along with a bunch of good cameras, a superb director, a fantastic host and a magnificent choir. The Ivories did a video for… Well, the title of the song will be revealed soon (if not already!) and you’ll be able to view the result of our enthusiasm and playing on TV WAR, hosted by Hakos Pervanidis (Metal Hammer)! The video was shot live by John Kaimakamis (The Nightwatchers), featuring the boys plus… a choir straight from The Ivory Tower, all dressed up in Steven, live and loud! Saving for last the most valuable piece of info. Video is gonna be aired on TV WAR on Sunday November 15 @ Midnight. Stay tuned, check out some backstage shots, Shine On!