Illusory @ RockOverdose / An Interview With Dee 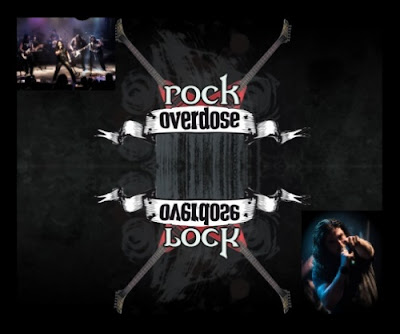 There’s another interview up and running! Read all about our latest news, the recording process for our sophomore album, plus much more! Many thanks to rockoverdose.gr and Mr. Theodor Martinis for the support. Shine On The Ivories!

What is the band doing as we speak? Do you have any new material in progress as we have already listen to a couple of new songs during your most recent live appearances?

Dee: We are wrapping up recordings; guitars and drums are over, we’ve got a few songs for bass recording as well as keyboards and vocals naturally. I do believe that our sophomore album will be ready by the early 2016 and it will be entitled “Polysyllabic”. After our latest Live at AN Club for the After The Wave Festival we focused on the recordings in order to finish up the soonest possible. Basically, we were scheduling to complete the album last winter, however a series of good concerts in Athens, Trikala, Ioannina, Thessaloniki and back in Athens again kept us away from concluding the recordings. Yet, this whole delay was totally worth it. Those concerts went extremely well and we managed to gain even more new fans via them.

When did the whole ILLUSORY story begin? Tell us about it.

Dee: The band started in 1992 under the name Ivory Tower. Numerous rehearsals, rough times and conditions… Members coming and leaving, some live shows, army obligations, studies, a long hiatus and around 2000 we gathered up again and decided to restart the engines. Love and devotion were never lost, friendship and the term “Ivories”, our music family has always been here! In 2006 we tested our strength by releasing our promo album, which was presented as “Demo of the month” by the Greek edition of Metal Hammer, featuring an amazingly positive review. Same happened with Greek edition of Rock Hard and many web magazines. We sold about 300 pieces of that album, face to face and we used that money for our next investment. Building our own studio, the iCave! In 2008, through a contest, we were chosen to open for the legendary Blue Oyster Cult. In fact, three bands were chosen for the finals, material was sent to BOC themselves and they listened to it and made the final decision! In 2010 we started looking for a label, in order to make a step forward, we wanted the best production for our album and a label to support the way they should. In 2013 we signed with The Leaders Records; album production took place in Germany, at the Prophecy & Music Factory Studios by R. D. Liapakis and Christian Schmid. The only painful thing in all that bliss was the necessity to change our band name. We were the ones using the name “Ivory Tower” four whole years ahead of that German band, but we hadn’t trademarked it. Due to legal issues as well commercial ones (even for our own sake), we were forced to change it. After that huge emotional burst and further to countless ideas for a new name, we ended up choosing ILLUSORY, which is very close to “Ivory Tower”, terminology-wise…

“The Ivory Tower”, your debut album has left the best impression to us all, along with grand expectations for the future. Do you believe that your sophomore album will be even better?

Dee: “The Ivory Tower” album was released (physical form – CD) in May 2013 in Europe and three months later in Japan. It’s a concept album, telling the story of one man’s life, Steven Towers. One interested in that story, wanting to know more and read the complete version, they can always visit our band’s official website, www.illusoryband.com. Our debut went really well, exceptionally outstanding I’d say; it sold out its first edition, it got great reviews by well-known magazines, i.e. German Legacy, where we got a whole page about our band and album, Japanese Burn and Young Guitar, Greek Metal Hammer and a lot of web magazines! For our next album we are planning to have a flawless and “different” production, far from the usual “recipes”. Album production as well as part of the recordings (vocals) will take place at the Matrix Studio. Their equipment is simply amazing and technical personnel is absolutely stunning. Our sound engineer is John Petrogiannis and we do hope this cooperation lasts for ever! The album will contain 13 songs and one of them will talk about our dear Steven, continuing the story. As for the album style and mode and if it’s better than our debut, you just have to wait and listen!

Your favorite bands and artists?

Dee: I’m a “classic” Metalhead, I grew up in the mid 80’s, therefore I adore the classic megabands of that period. Maiden, Sabbath, Dio, Priest, Helloween, Queensryche, Ozzy, Accept, Manowar, Saxon, some time later Savatage, Guardian and many more.

Do you have a surprise in stock or a special cooperation, regarding your second album?

Dee: We will feature a bunch of classical music organs, especially orchestrated for “Polysyllabic”, plus a traditional theme, performed by electric guitars, something we are trying for the very first time. Naturally we will have some special friends, Greek musicians and singers partaking.

I know how much you love Iron Maiden and Bruce Dickinson… Have you “borrowed” anything from Bruce, concerning the way you are singing?

Dee: I’ve never hidden my soft spot for Bruce Dickinson, it would be foolish to do so. Dio, Dickinson, Kiske, Tate, Snider… These are the voices I love the most and the way I’m singing surely reminds you certain elements these singers have. I don’t know which element comes from which singer, the audience can do that. Dickinson is basically a huge chapter in my life…

Would you like to share a funny moment with us? Something that happened during a live show and was not expected?

Dee: Darn, how much time do we have? (laughs) We’ve been a band for so many years, we’ve done so many Live shows… These moments are really countless and the fun… Unbelievable! Whenever you have some time, drop by the studio, to hear all the stories that you can hear!

Can you name the best moments you’ve had with ILLUSORY and the worst?

Dee: Good times, huh? Our very first rehearsals in my house terrace, hanging out with Kostas Charalambidis, the person I founded the band with, our very first live show at this establishment called “Kyklos” (Circle), the concert with Blue Oyster Cult, the iCave construction (we literally built it with our own hands), the promo release, our debut album release and the whole recording sessions experience… Bad times… The unfair leaving of two members and the bitterness it left in me…

Is there a future in the Greek Metal Scene? Do you think that this whole “Crisis thing” has affected the bands here?

Dee: Greek Metal Scene must have a brilliant future! It just has to! I don’t have a clue why I don’t see that, I don’t know why certain people that can help, they choose not to. It’s totally worth it! Amazing bands, complete musicians, pure talents! Total professionals, fantastic productions and huge efforts and love for what they do. The fans should support, that might awake those who can actually give Greek Scene a strong boost. The crisis is a setback for everything, music industry couldn’t possibly escape.

Would you like to send a message to RockOverdose readers, to wish something to them?

Dee: First of all, I would like to congratulate you for your efforts. You’ve been doing that for years and it really shows. I wish you keep on growing and having more and more readers. Our band loves what they do, we are here to stay! I wish you get to like our new album and we get to have more fans, based on our music and our music only!

Thank you very much for your time for this interview.

Dee: Thank you for having me, Shine On The Ivories! 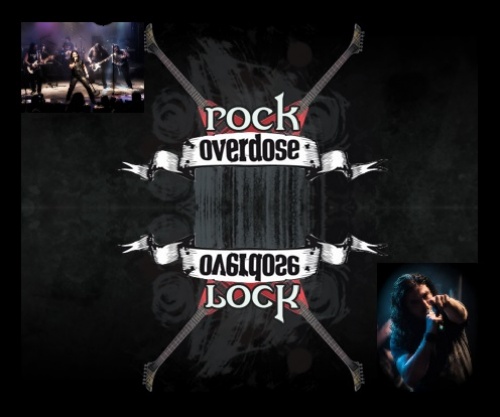