And that is quite the truth, ladies and gentlemen of The Ivory Tower environment! The boys have just received a totally positive feedback by “Experience The Power” fanzine. Although it’s been more than two years since its release, ILLUSORY’s sophomore album still gets attention and respective comments. The Ivories would like to express their sincere thanks to the author and promise that best is yet to come. Third album on the way. More details soon…

Shine On The Ivories!

Words remain poor… descriptions and references will be made, however, feelings can not be expressed via keyboard buttons pressing and constant clicking… Feelings can only be expressed with emotions. The Ivories are simply thrilled. The band got to open for one of the greatest Metal-and-more icons of all time. Who would have thought that the boys would share the same stage with the one and only Geoff Tate one day? This is more than certain minds can withstand…

Naturally, in case like this, a list of thank-you’s is necessary. ILLUSORY are grateful to the people who created, assisted and made things happen during this last week. Huge thanks and shout outs go to Fairplay and Alex Politis, Dimitris Papandreou & the rest of the wonderful bunch, for trusting the boys to be part of this amazing event. Huge thanks also go to the fabulous ILLUSORY tech crew, Lefteris Kontos and Andreas Adamis, for taking care of almost everything as well as Andreas Giannopoulos for the sound arrangements on stage. Far and foremost, the band would like to thank all those who attended the show. The boys hope they fulfilled every “obligation” there is to fulfill in order to be an ideal warm up act. There’s more to come and it’s going to be all good and all Metal.

Thank you once again, Shine On! 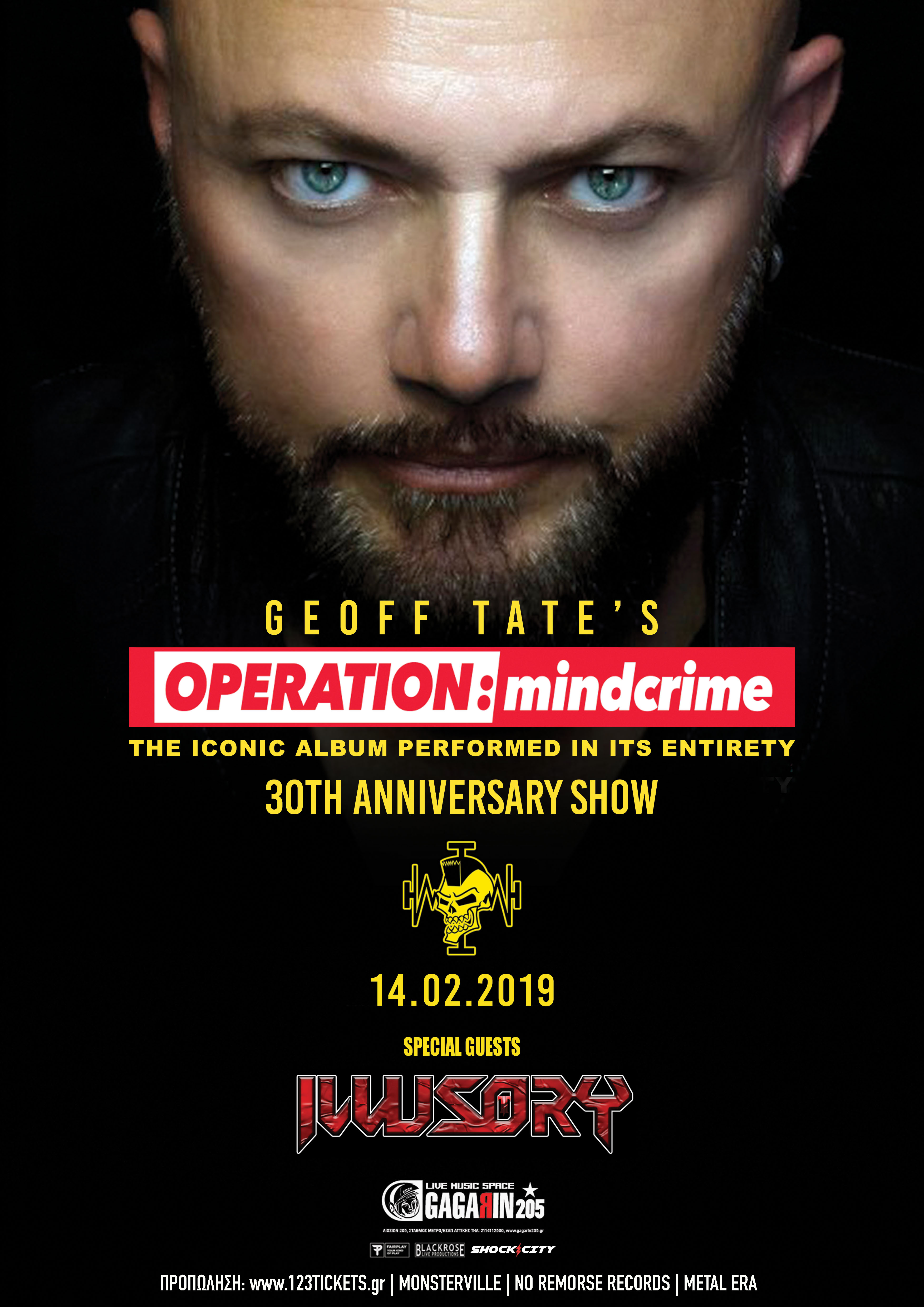 That is quite right, ladies and gentlemen, proud inhabitants of “The Ivory Tower”. Come Thursday February 14, the Ivories will share the stage with a living legend. The boys will be the opening act for Geoff Tate’s Operation: Mindcrime. Whilst GT will perform the entire Livecrime and some more at Gagarin205 Live Music Space, ILLUSORY will come out as the warm up bulldozer for the fans, the spectators, the crowd. The Ivories are tremendously overwhelmed, totally thrilled and deeply excited and these emotions will fill up their technique and unique musical appearance on stage. Maybe the lovers’ momentum but that Thursday night, Athens will simply become a power mad town. Stick around, be alert and come to the show.

We will open for the one and only Geoff Tate! Thank you so much for your support, Shine On! 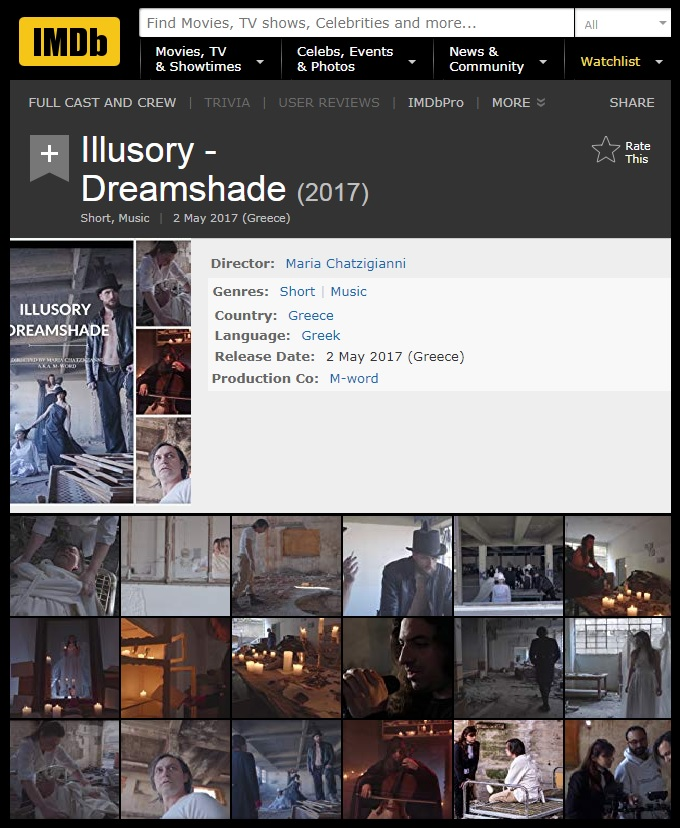 It probably is the biggest and most complete database in the world, regarding cinema, documentary and television. Over five million titles, more than nine million artists, directors and executives and eighty three million registered users! Operating as an Amazon subsidiary, IMDb is one solid platform for concrete information about the Seventh Art worldwide. You can imagine now how a band feels, which is trying to build a decent background and fanbase, that it’s mentioned in this magical pantheon. The Ivories, via their video on song “Dreamshade“, off their sophomore album entitled “Polysyllabic“, are now part of the greatest cinema encyclopedia. It is a huge pleasure and a special honor and it might be something entirely new for the Greek bands. “Dreamshade” video may one day be considered as the biggest production ever made in Greece for a Metal band and a Metal song. With Greek superstar actor Dimitris Alexandris leading the way, directed by this amazing artist answering the name Maria Chatzigianni and featuring a large number of incredibly talented as well as hard working actors and collaborators, “Dreamshade” has set new standards in video-making today and brand new methods of artistical expressions. ILLUSORY would like to give all the thanks in the world to all those people who contributed in what resulted to be a fabulous short movie. There’s more to come, for sure. It’s just the beginning, a NEW beginning (pun intended). Big thanks,

In A Bleak Of A Live

Yes, the very definition of a superb concert marathon! The Ivories will share the warm and totally hospitable Crow stage along with two fantastic bands, False Coda and Heavenblack, both superlative Metal forces in Greece. The boys will be taking sometime off their recording responsibilities, to perform old, new and surprising tunes. Make sure to be there and Shine On!