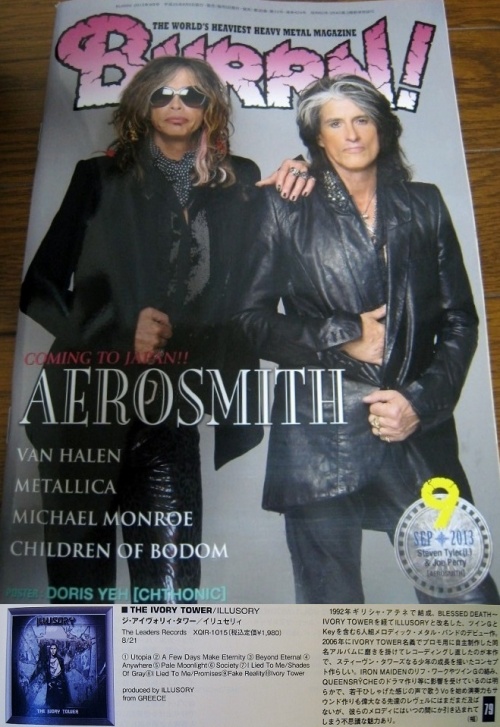 Check out the review from the famous Japanese magazine, BURRN!, translated in English!
79/100 points ranking!

The band was formed in Athens, Greece. They changed the band name from “Blessed Death” to “Ivory Tower” and finally to ILLUSORY. This is a début album of a melodious Metal sextet, including twin guitars and keyboards. In 2006, under the name of the “Ivory Tower”, they made their promotional self produced self-titled album and this is the album they polished up and re-recorded. This seems to be a concept album, which describes the story of a man named Steven Towers. It is clear that they are influenced by the riff-work and the intertwining of Iron Maiden twin-guitars and the skill of drama constructed by Queensryche. Vocalist sings with a characteristic voice, their musical performance and sound proofing are not equal to great maestros yet, but in their melodies there is a wondrous magic I get drawn in unconsciously.