After The Wave Festival Reviews Pt. I: hardmusic.gr 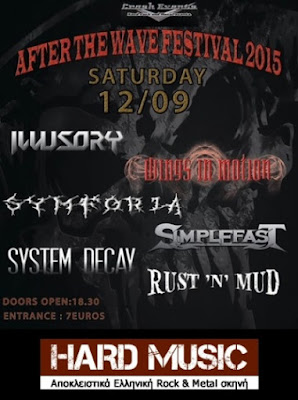 Some say it’s a cliche to write “It was a night to remember”, yet we feel it was such. ATWF has taken a very special place in our hearts and we would like to thank a bunch of peeps for that. Our most sincere thanks go to the amazing bands we shared the stage with. Wings in Motion, Symforia, Simplefast, System Decay and Rust ‘n’ Mud. Huge thanx to An Club and Mariza Koroniotaki as well as the sponsors, Open Mind Tattoo and Matrix Recording Studio.

By the way, the first live reviews came knocking on our door and… well… Here you go! To those who supported and mentioned, to the fans and spectators… Shine On! See you soon in a brand new live!

hardmusic.gr
“ILLUSORY or Headliners are on, if you will. ILLUSORY is a Heavy Metal band hailing from Athens, Greece. They had opened for Blue Oyster Cult in 2008 and released their very nice album “The Ivory Tower” in 2013. Having great self-confidence and their debut as their ally, they performed exquisitely. Besides, they are amazing musicians, one by one, with the exception of the bass guitarist. This guy is even more than “simply amazing”. Fearsome playing, bass lines that kick ass and a bass solo which could leave the guitars behind! Sometimes heavy and other times melodic. In a naive parallelism in my head, bass and drums are actually the team (bands) defense, keyboards are the midfield, the lead singer is the striker and the guitars are the wingmen. Well, with a defense like that, ILLUSORY won’t even lose a single game. They played two brand songs off their upcoming album, a “Crusader” cover (originally by Saxon) and they saved the best for last. Another cover, this time on “The Evil That Men Do”, originally by… You-know-who! The sickos as Mr. Dee Theodorou characterized the whole band (and yours truly I might add), were doing as they please and the mic (as well as Dee) came off stage many times. Brilliant “Pale Moonlight” followed, in which the band did a lil’ break to present themselves to us, the likes of “Sanctuary” break… Like You-know-who was doing in Iron Maiden! Wrap up with the best, according to the entire band, track of the album, “Ivory Tower” and Metallica‘s “Creeping Death”. What more could one possibly want?” 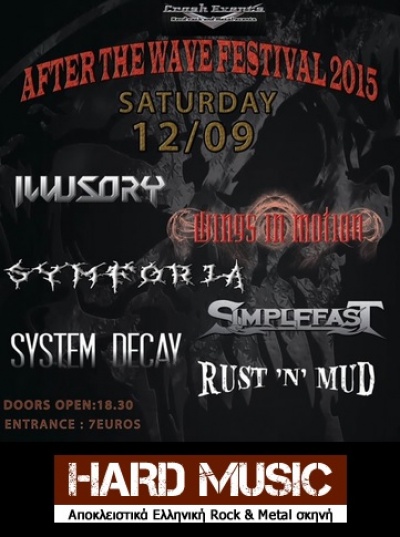