After The Wave Festival / Pre-Festival Interview 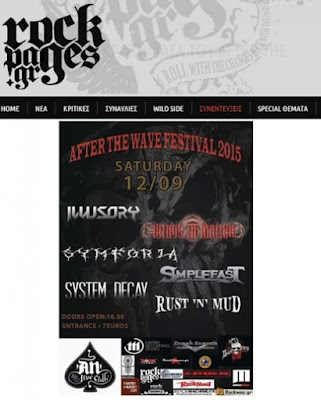 Our “After The Wave Festival / Pre-Festival Interview” (now, try to say that really fast!) is up and running. Read about the new album and the story of success via Metal! Sincere thanks to Rockpages.gr for the support. Shine On!

Rockpages.gr: It’s been a while since “The Ivory Tower” release. How are proceedings going in reference to composing new material? Should we presume you are preparing a new release within 2016?

We began recording our parts for the sophomore album only a few days after our debut’s release! We decided that we wouldn’t and shouldn’t waste any time in terms of fulfilling our recording obligations. Creating an album is a serious story. Anyone who might believe that there is no need to deal with it daily should be preparing for a huge shock! We are wrapping things up as we speak, recording-wise. Our second album will be titled “Polysyllabic” and will be released by the end of 2015/beginning of 2016. It’s not a concept album this time, our songs talk about a bunch of issues, however, we’re gonna have one song based on the Steven Towers saga.

Rockpages.gr: How much tricky (or should we say illusory) is it to pursue success in Greece by playing traditional heavy metal?

Oh, the word “Illusory” can mean a number of things… “Delusional” and “Not real”, even “Utopian”. One can easily comprehend that the definition of this specific word is including a negative meaning, in terms of targets pursuing. Success in Greece via playing METAL… To us, success is the story of a band that manages to make ends meet via their music. There are a few groups in our country that have achieved that, throughout a lot of sacrifices and “fighting”. They made it abroad, they have built a strong name outside the border and thus they managed to become well-known. METAL fans in Greece are truly supportive to Greek bands; they buy the albums, they spend a lot of money, despite the crisis and all that… Yet, they can not seriously spend a fortune in buying, right? The Greek market is rather small and album sales are facing a financial downfall for quite some time now. It’s neither tricky nor illusory to go after success… Regardless the means. You don’t play music just for the sake of it or a few peeps who will come by the studio. You don’t compose so you and your bandmates can only listen to what you do. Many Greek bands have toured Europe and even further, many of them succeeded in making a difference. All you need is luck and the right timing, provided you will never stop trying. Things are by far not the way they used to be. Labels and promotion companies do not invest all that money any more. The most important thing is that we embrace music (which is a rather expensive “sport” unfortunately) and we put effort into something that’s totally satisfying for us. And that something might appeal to more people “out there”. That’s what makes us happy and in the loop for more effort and more music. 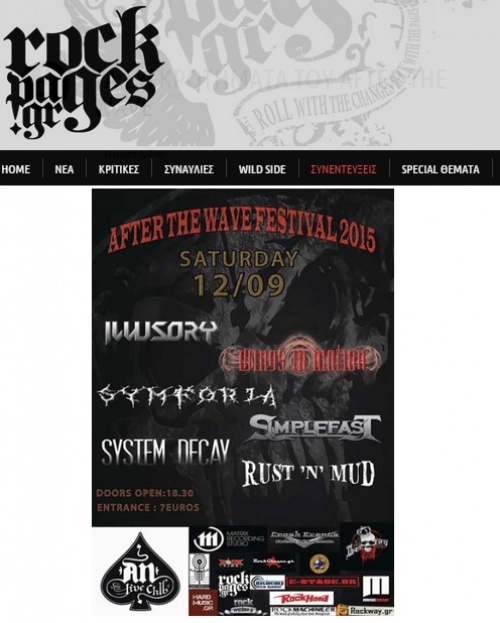